Anything goes here! Have your say, discuss anything from kittens to your favorite ice cream.
Forum rules
Post Reply
7 posts • Page 1 of 1

This is just a heads up warning for anyone unfortunte enough to end up in a group with the player named "Hornee"
He is a ninja looter, unfortunetly the GM's do not deal with these issues, as they happen all the time in the game.
So all we can do is as a comunity is to call them out and let eachother know about them as we discover them: 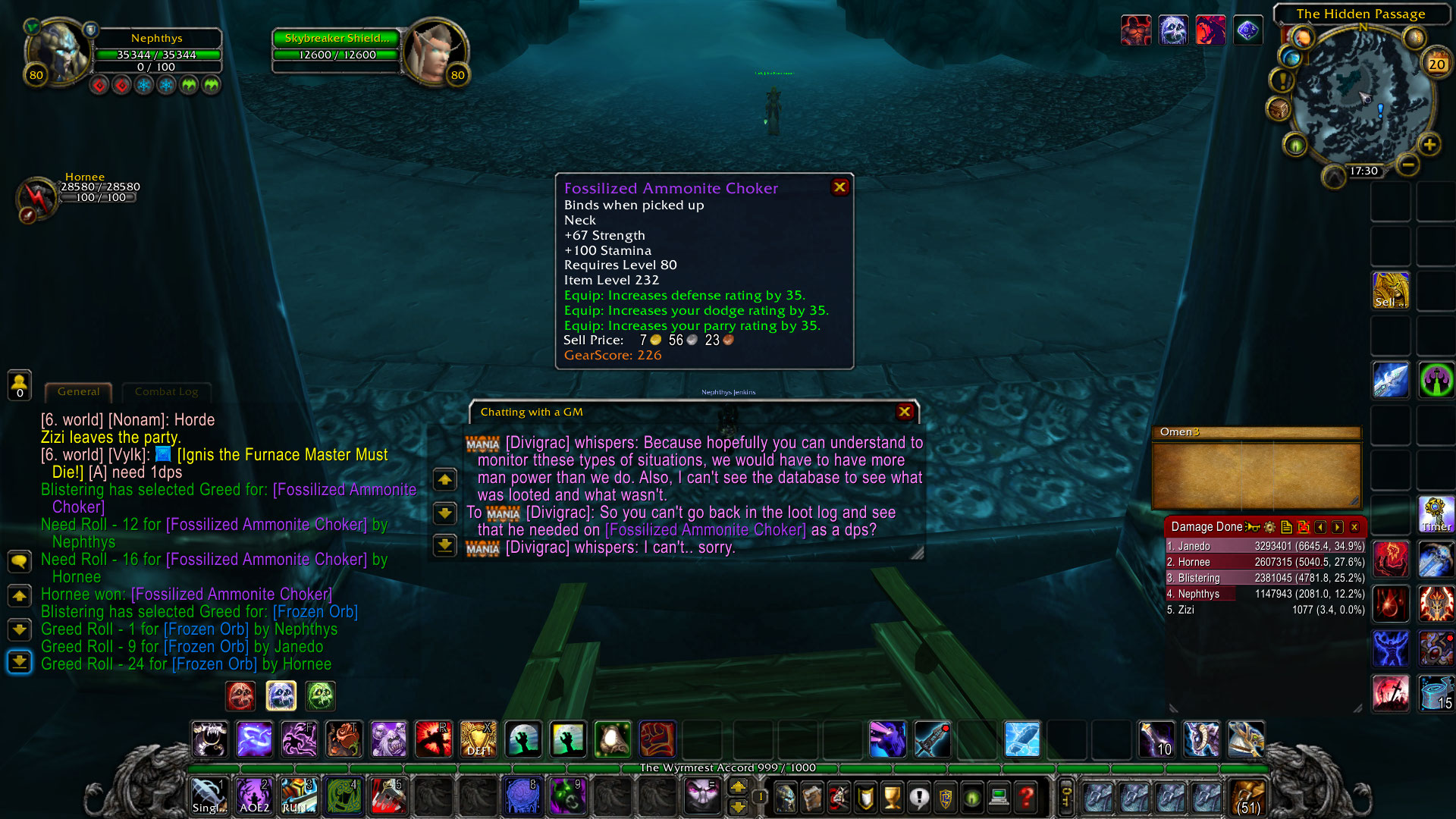 Please pardon my ignorance...but did that player want to tank in the future and is building up that gear?
Just curious. I play here for fun, I don't take any of it serious.
Top

LegionPrime wrote: ↑
Sat Aug 21, 2021 5:04 pm
Please pardon my ignorance...but did that player want to tank in the future and is building up that gear?
Just curious. I play here for fun, I don't take any of it serious.

He might, but he never said anything about it or asked if he could need on the item.
Which makes makes him a "ninja looter" as he needed on an item meant for the person playing the role of a tank.
Not the dps role which he was playing as, if he had said something before hand or even at the start of the dungeon.
It would have been fine as we could have discussed it then, but instead he went the cowards way.

Thanks for the heads up. This is always frustrating when people do it. If you want tank gear, you should be tanking, or ask the tank if they need the item before rolling need.
Top

I can suggest you creating official Ninja-Looter list for this server, maybe that will help many people

It's clear that someone who need what shouldn't is ninja-looter.
That's exactly what happened here, but maybe he don't know the rules ?
Maybe he don't know the language?
From point of view of someone like that it may be simple choice - Do I like to wear that item in future ? If yes, I need.
Simple as that.
So yes, he did wrong, but before public execution, maybe someone should try to talk and investigate who he is and why is doing this.
Top
Post Reply
7 posts • Page 1 of 1